Stroud Green On Film: A Glimpse Into Local Life

A taste of what it's like to live in Inner North London's best kept secret.

What’s it really like to live in Stroud Green? For those of you unfamiliar with the area, take a look at this rather brilliant video to get a look at the independent businesses, pubs, restaurants, Victorian houses and leafy streets of this North London gem of a neighbourhood. For those of you who live and work in the area, have a look to see if you can spot yourself on its streets; walking your dog, buying bananas from Stroud Green Fruit and Veg, cheering to a bad joke over a pint outside The Worlds End.

Follow scenes through streets of buzzing bars and along the foodie strip of award winning eateries peppered with independent gift and furniture shops. Turn off down Tollington Park briefly and catch your friendly waiter at The Front Room who will happily take your order for your third Eggs Benedict breakfast of the week. Dancing along the rows of chimney pots you’ll find yourself back at ivy coated local favourite, The Faltering Fullback pub with their epic treehouse beer garden to the rear of the drinking den. Time to pick yourself a new look at PAK Wigs before getting mistaken for an extra down at the Park Theatre.

The short was produced and filmed by locally based design studio and creative communications agency, The Barefaced Movement who have a deep-seated connection with the area as many of their team live or grew up in the area. Locally based band DEEDS were brought in to supply the accompanying music, showcasing local homegrown talent in the process. Band members Rollo and Kiri Inglis have lived in N4 for as long as they can remember and have performed all over London including The Electric in Brixton, Visions Festival, The Waiting Room and even at The Museum of London last year. 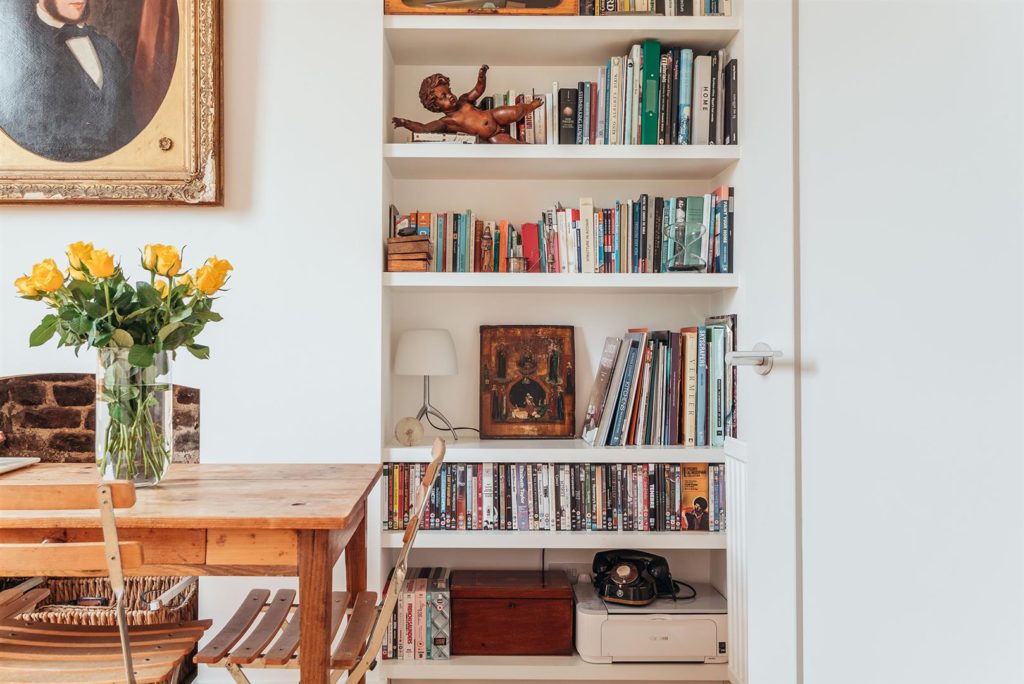 Our fun, or at least useful, self-assessment guide for Landlords

We know, sorting out your tax affairs is a potent mix of fear and tedium, but it’s also entirely necessary. Particularly so if you are a landlord in need of a self-assessment. I know what you’re thinking, but we can get to your intimate health checks later… We’re talking about your tax return, divided here into small manageable chunks of boringness. Fun police assemble! 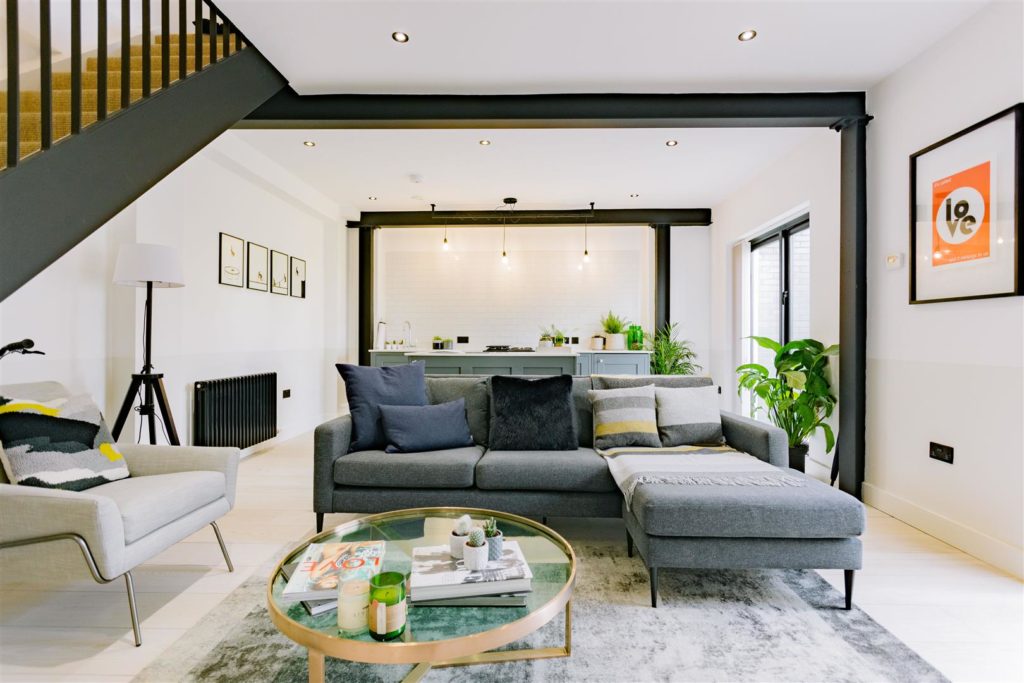 What can a property management company bring to the table?

Single handedly managing a property portfolio can be enough to bring on an early onset of greys. As well as screening tenants, chasing rent and sorting repairs, there’s a tonne of admin and legal stuff you need to keep on top of. Enlisting the help of a lettings agent means you get to bump up the ‘I love my job’ moments while minimising the stressful ones. 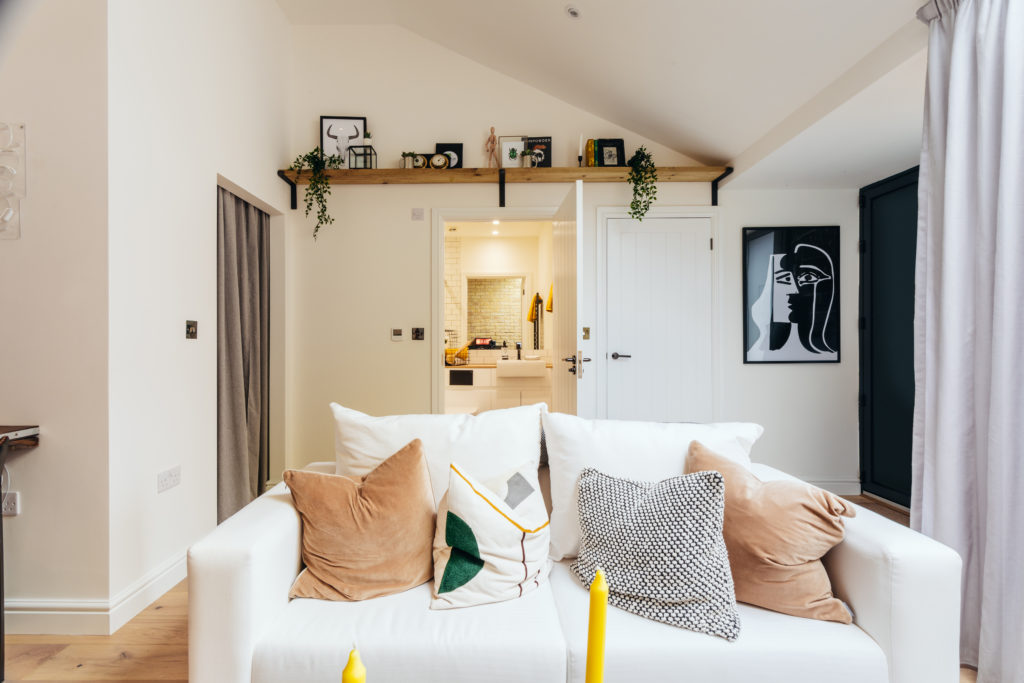 The more you know: find out your rights as a tenant

We know how important it is to know your rights as a tenant; whether you’re currently facing a tenancy issue, or simply want to avoid any renting related concerns in the future. 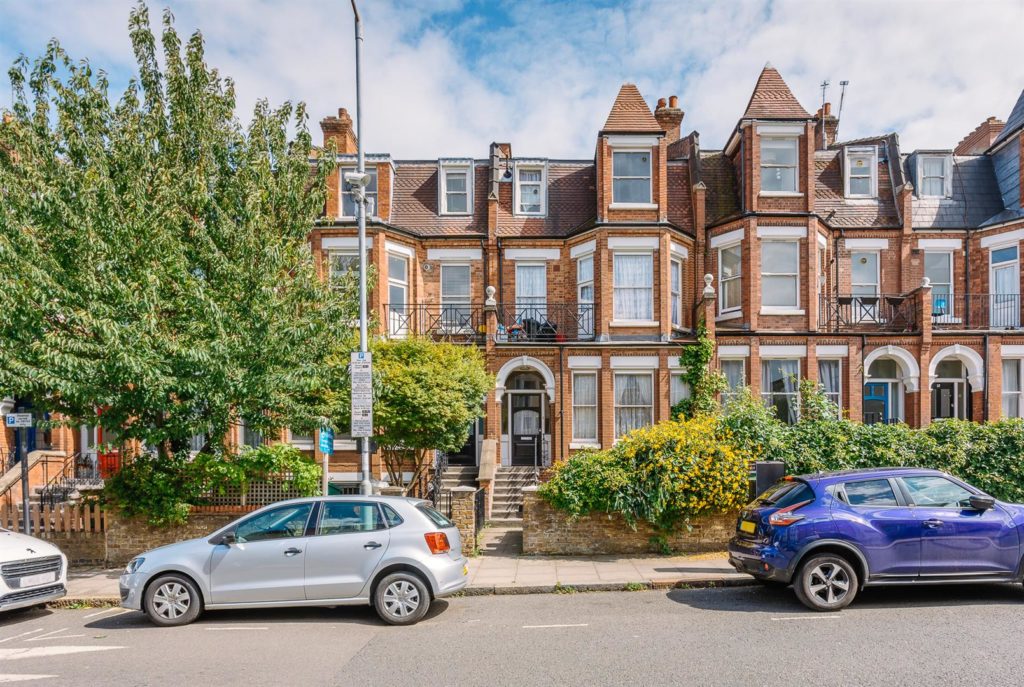 Porch stories: Is your property Georgian, Victorian or Edwardian?

“Gotta love a Georgian townhouse, eh?” you shout, slapping the brick entranceway and attempting a stride towards your friend’s promise of housewarming nibbles inside. “It’s actually Victorian” mumbles your friend, squeezing along the narrow hallway to take your coat. The next thirty minutes you eat your way through their salmon puffs and your words. 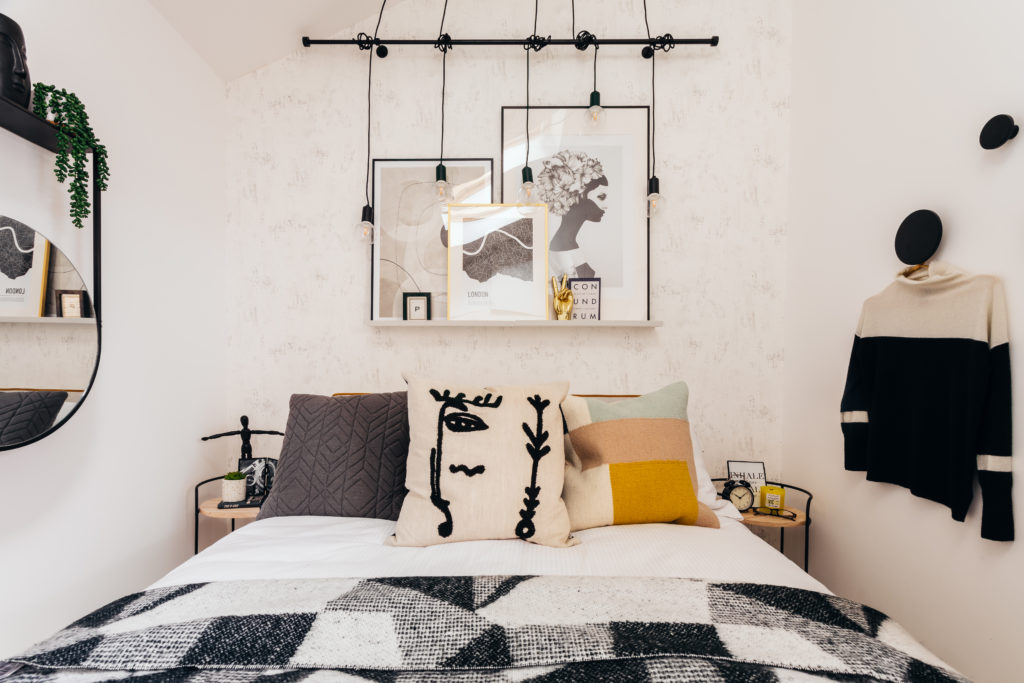 Part 2: How to stop renting and start nesting, a First-Time Buyers Guide

Mortgage in the bag? Give yourself a pat on the back, you’ve officially entered the adulting world of variable rates, credit scores and laughable curtain prices. Now it’s onto what is arguably the fun bit. Choosing your home sweet home. Here’s what you need to consider when it comes to securing your dream abode. 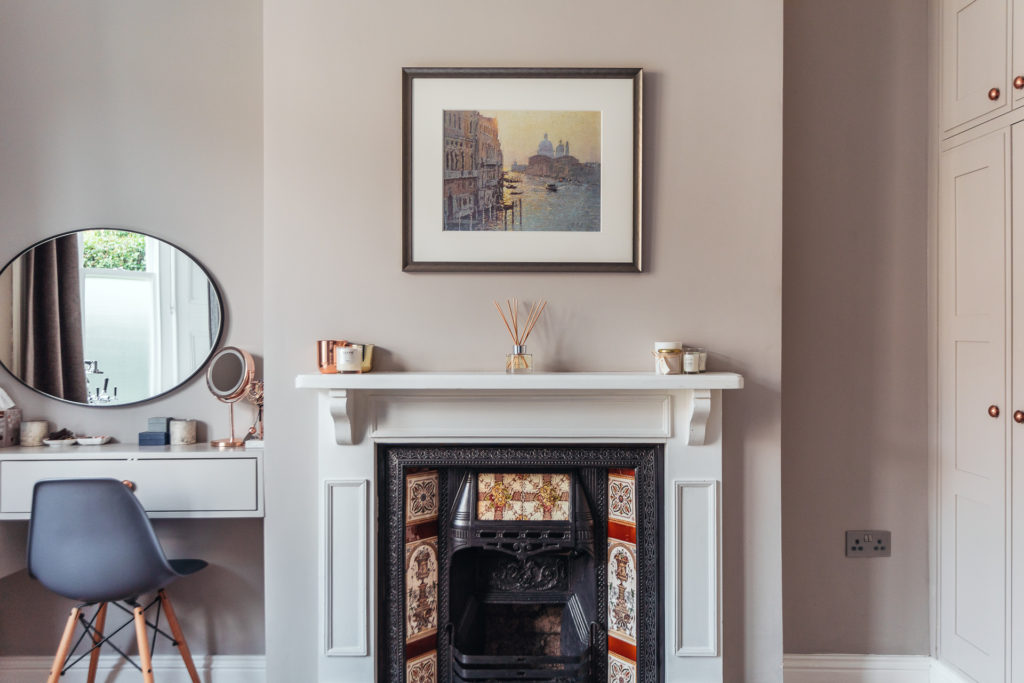 Part 1: I’m a first-time buyer, get me out of here

By the time you’ve finished reading you’ll have stamp duty sussed and will be well on your way to retiring your renting days. So, before you start Googling obscure German hair thickening shampoo brands, read our handy guide to securing your starter home. It all begins with the stuff that makes the world go round: money. 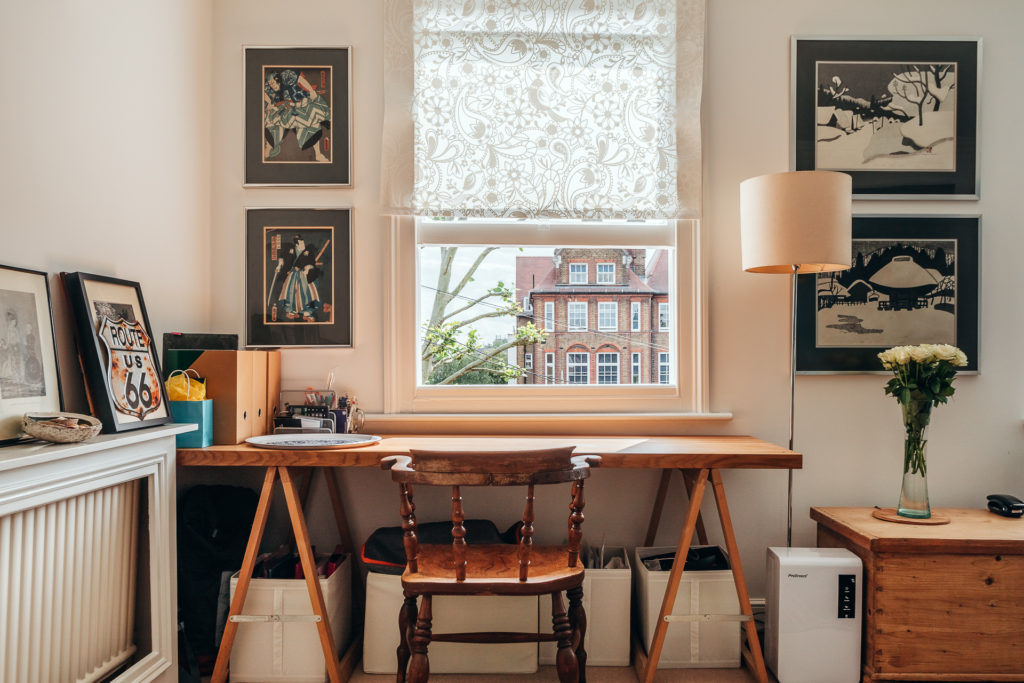 Landlords: How to not Kill Anyone or end up in Jail

There’s a lot more to letting out a property than just handing over the keys. As your local property nerds, we’ve compiled a list of everything you need to know to make the process of renting out your property as easy and stress-free as possible. 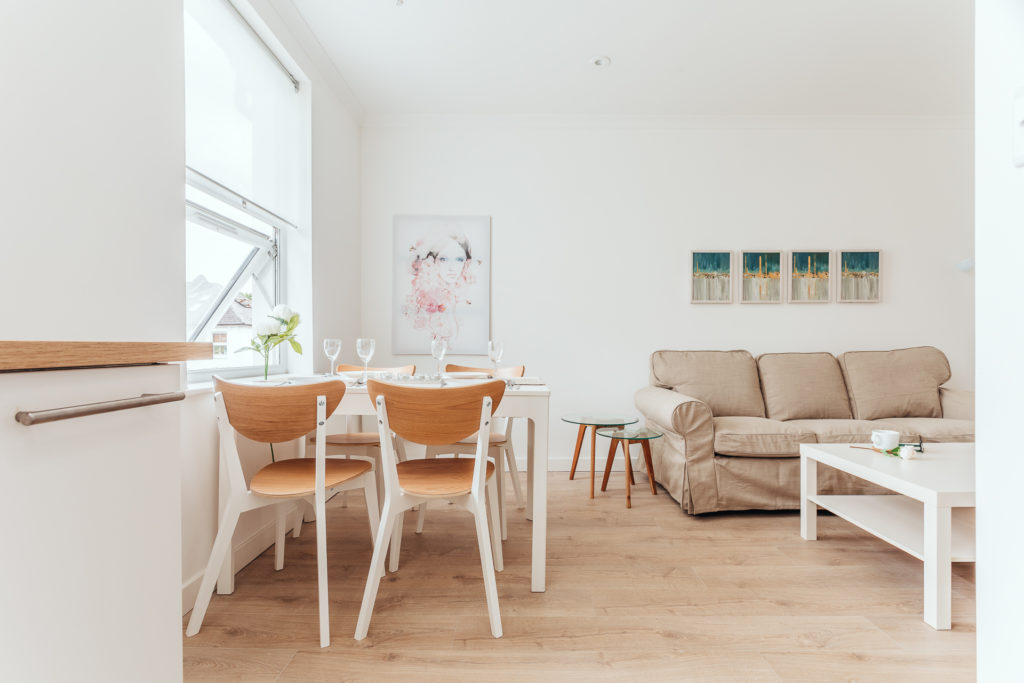 To sell or not to sell, that is the question…

We’ve looked at the pros and cons of each decision to help you begin with this exciting new chapter in your life. Every situation is unique and we know the importance of this decision, so Davies and Davies are are here to help you make the right choice. 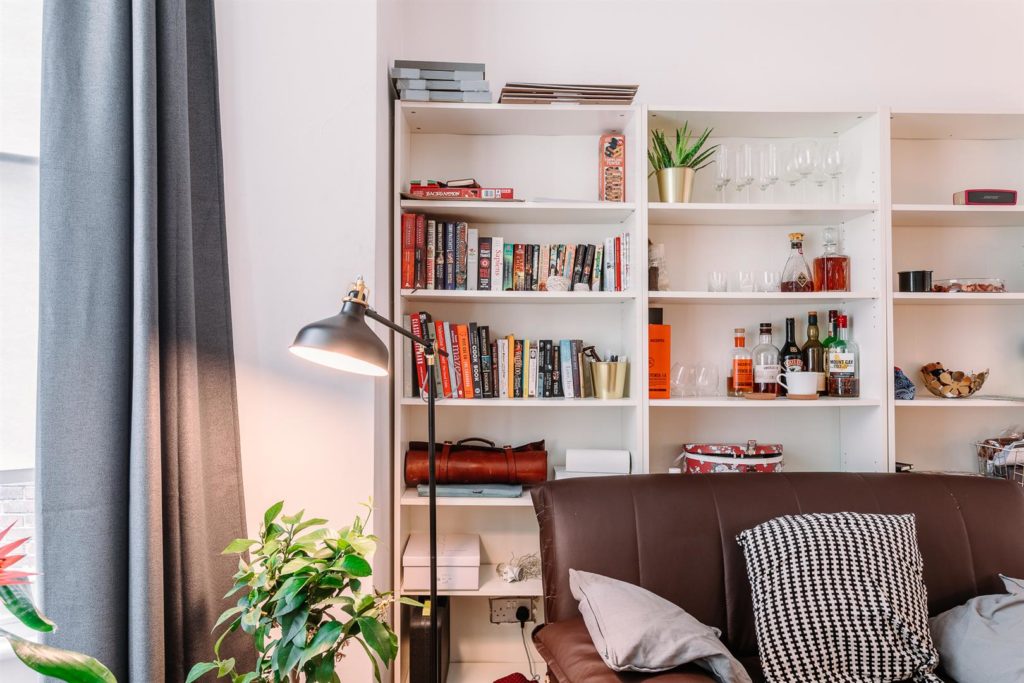 We don’t think you should have to compromise on space and style to save money in your new home search. At Davies and Davies we have a wealth of affordable properties boasting private gardens, Victorian architecture and original fireplaces all nestled comfortably in the heart of leafy and buzzing North London. 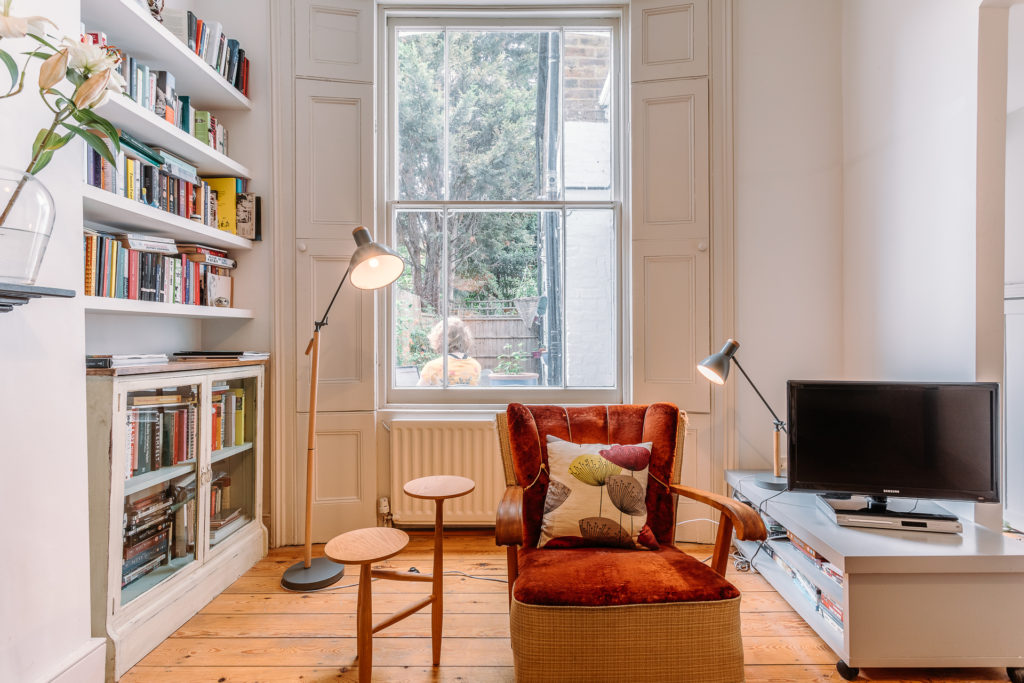 Home Automation – How to Bring Your Home Into The 21st Century

Upgrading your home isn’t just about not wanting to appear out of touch when your neighbours pop round. Smart tech can put you in control of your bills, reduce your property’s environmental footprint and provide a talking point at dull dinner parties. 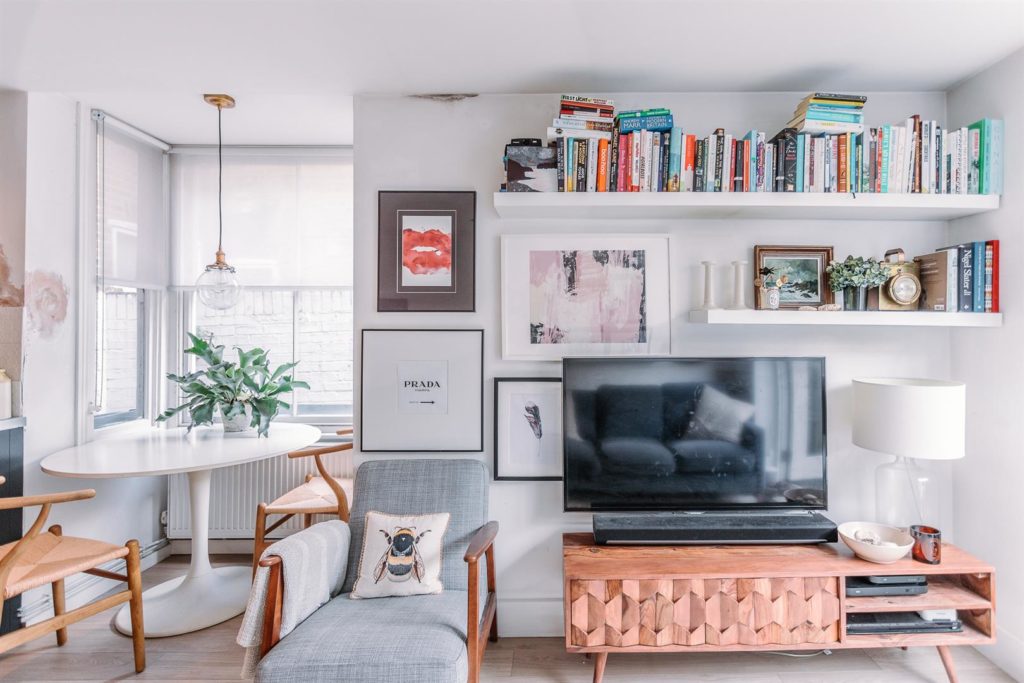 With many of us switching up our shopping habits to include more ethical choices, adopting a sustainable mindset could just be the selling point your property needs. But it’s ‘gonna take more than a few LED light bulbs to create that green dream. From upping your recycling game to investing in smart tech, here are eight ways you can shrink your home’s environmental footprint while increasing your profitability. 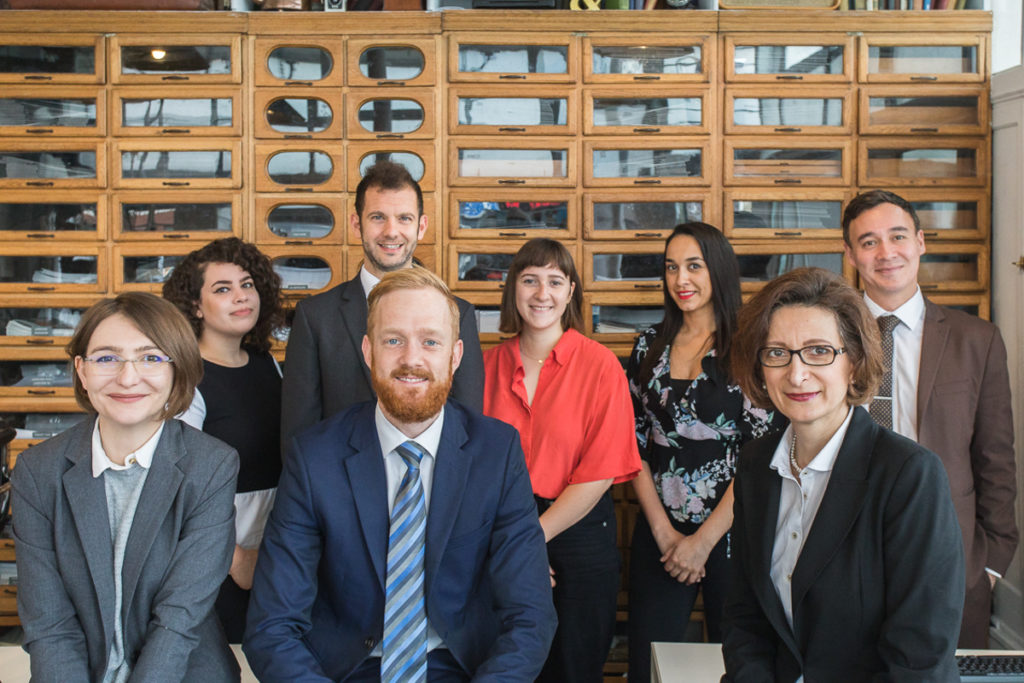 We’re pleased as punch to announce we’ve been awarded “Gold Exceptional” (the highest score you can get) in both sales & lettings, ranked 7th Best Estate Agent in the UK, by the Best Estate Agent Guide awards 2019. 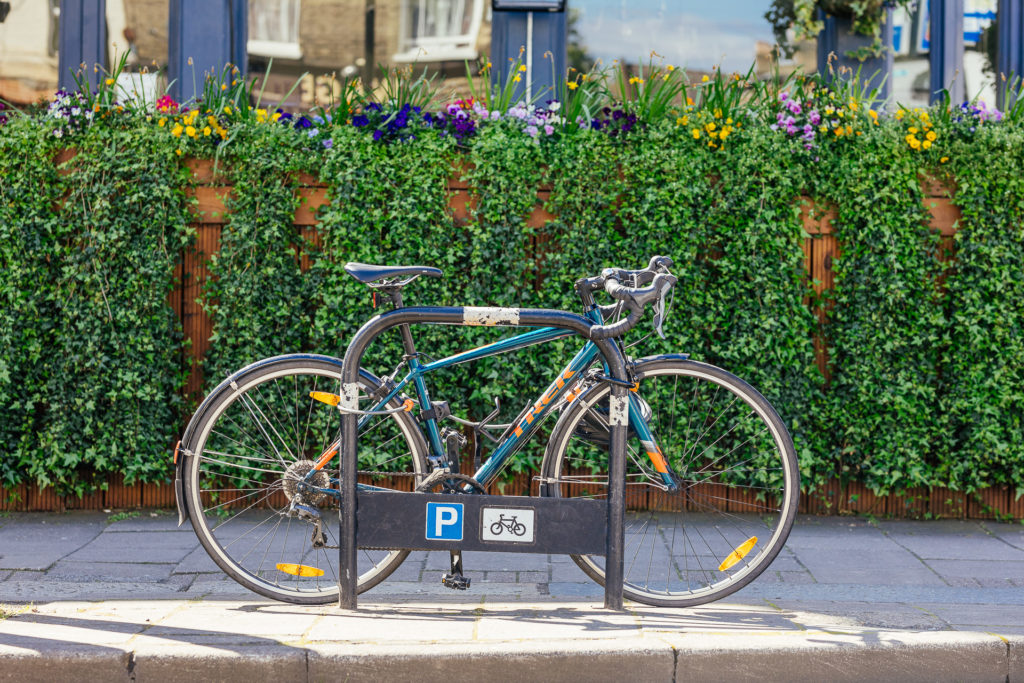 Taking the inside out: making the most of your outside space

If you’re lucky enough to have access to outside space, you may be itching to make the most of it now the weather is finally beginning to turn. Perhaps you can plant that herb garden you’ve been meaning to cultivate and really transform your basil pesto once and for all! 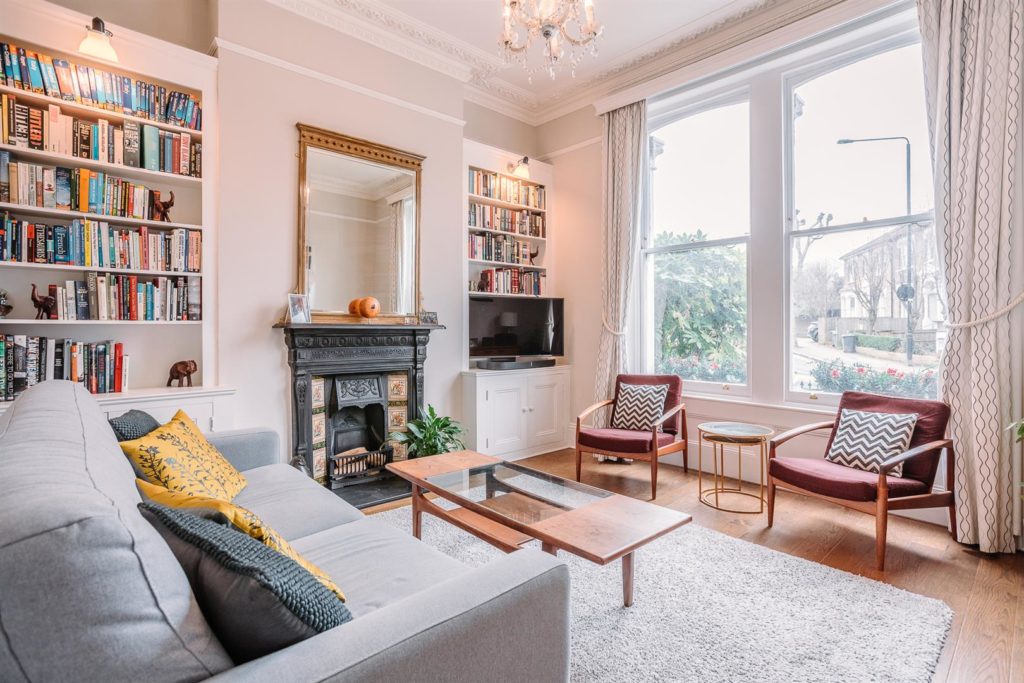 Our comprehensive but jargon free guide to the new tenant fees ban. As of June 1st 2019, letting fees for renters will be banned and tenancy deposits will be capped for all tenancies signed after this date. 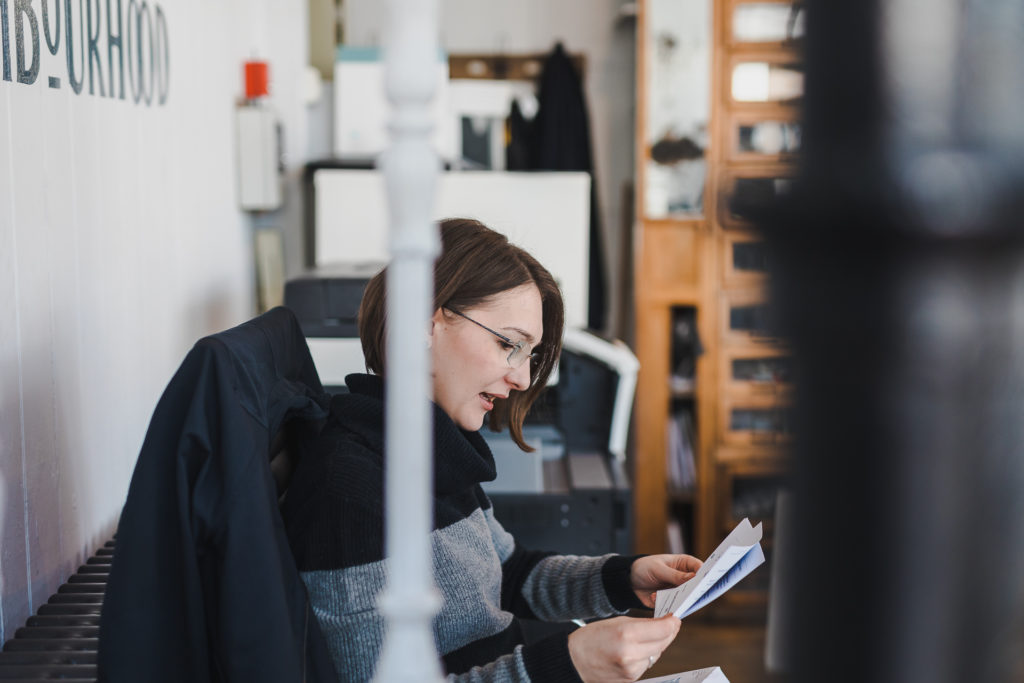 For the final piece in our series, today we’re spotlighting our very own Alina, who has been with D&D for the last 11 years. After starting out as a bookkeeper for the company, she has worked her way up through the business to become one of the two female directors at Davies & Davies. 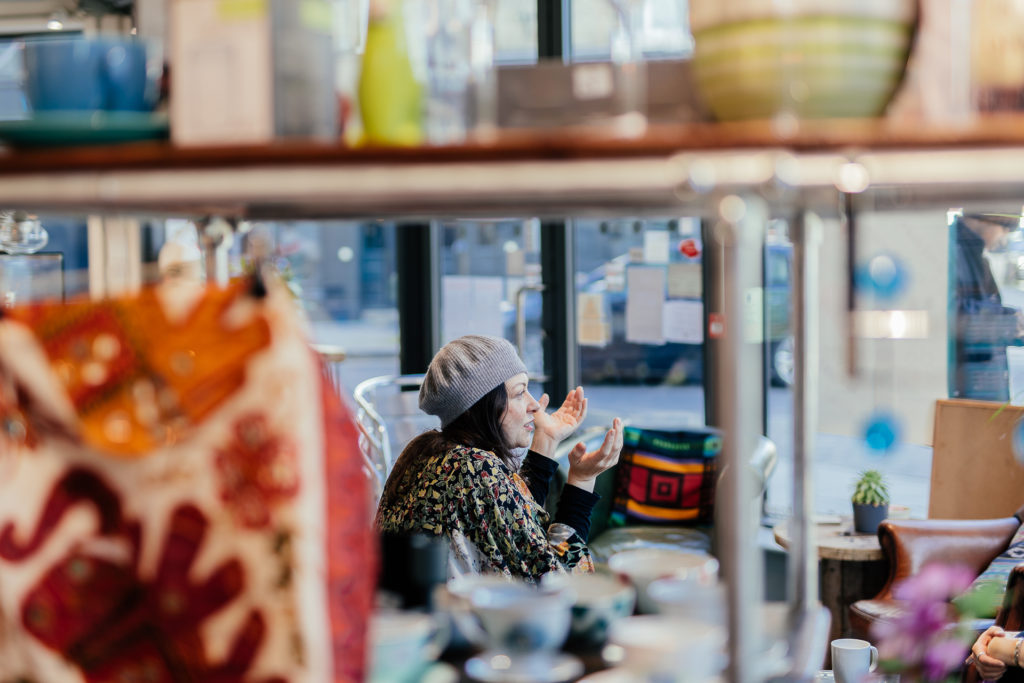 Everything you see when you step into Crisis has been tailored to Esther’s design and created with help from the charity’s volunteers. There’s a story behind it all- from the coffee bag dress in the window, to the coffee stained wooden units themselves. 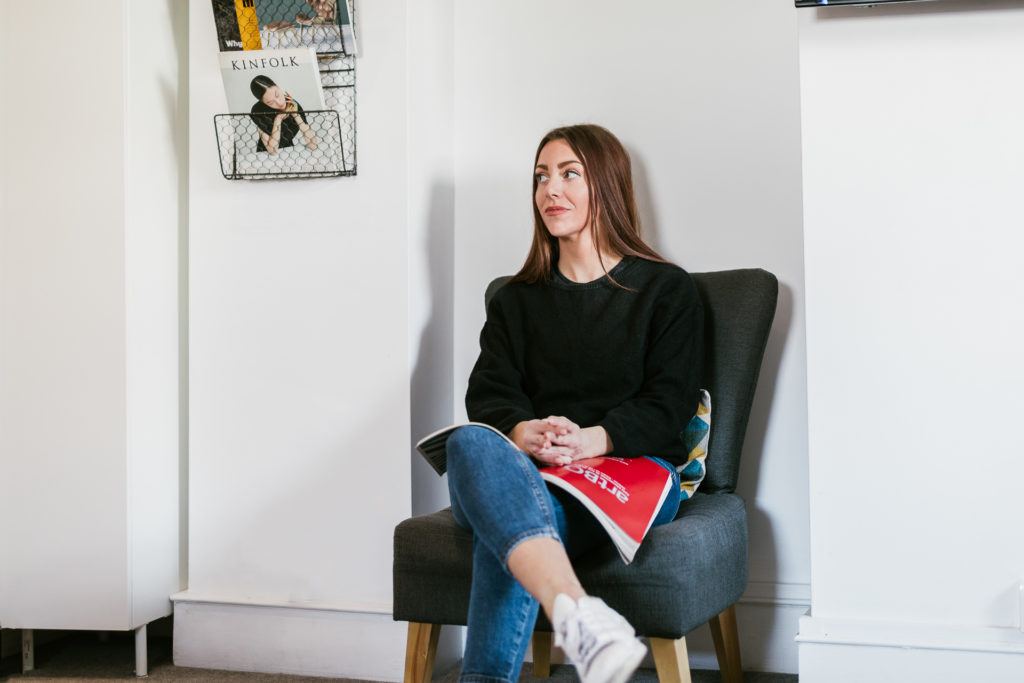 The culture that Claire has created at Barefaced: of collaboration, attention to detail, and client care, is evident the moment you step through Barefaced’s doors. Though the agency’s reach stretches worldwide, they have deep roots within the local area, and know it inside out (especially anywhere serving food). 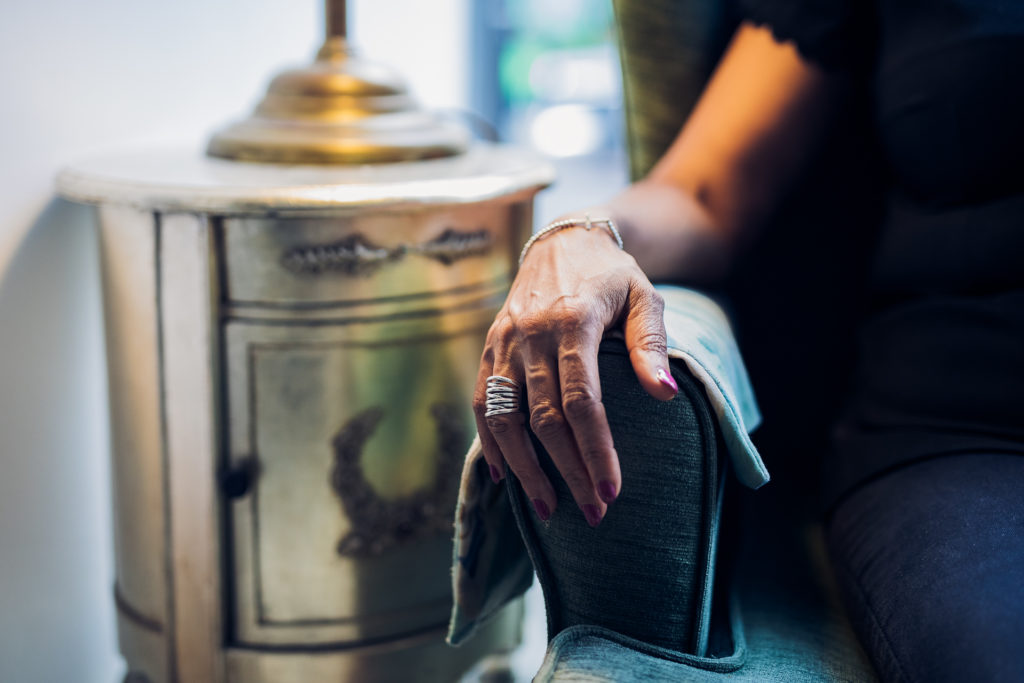 Yvonne, and her sister, Sharon, are well and truly “Finsbury Parkers”. The salon is right at the heart of Finsbury Park, and with the trio of Aquarius Hair, Aquarius Beauty, and Mento, the family own this corner of Stroud Green Road. 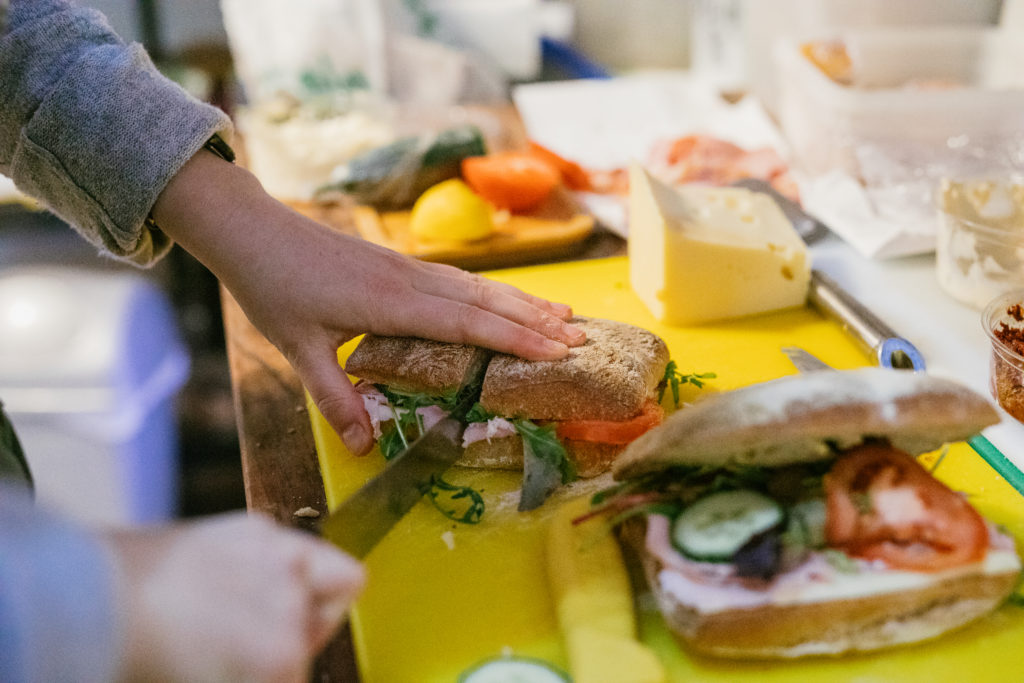 Women who Run North London: Bridget from The Deli at 80

The Deli at 80 is positively full to the brim with some of the best food produced both in the local area, and further afield (the cheeses, charcuteries, and mustards come direct from Paris!). 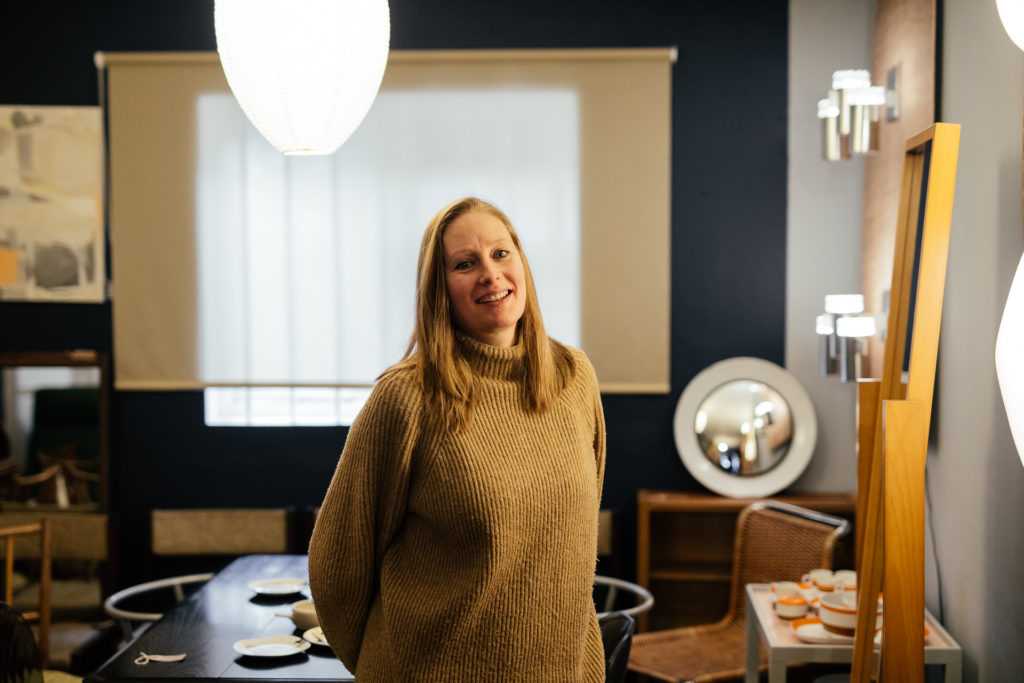 Mary’s background at the V&A shines through the moment you step through the door- the store is beautifully curated and expertly arranged. 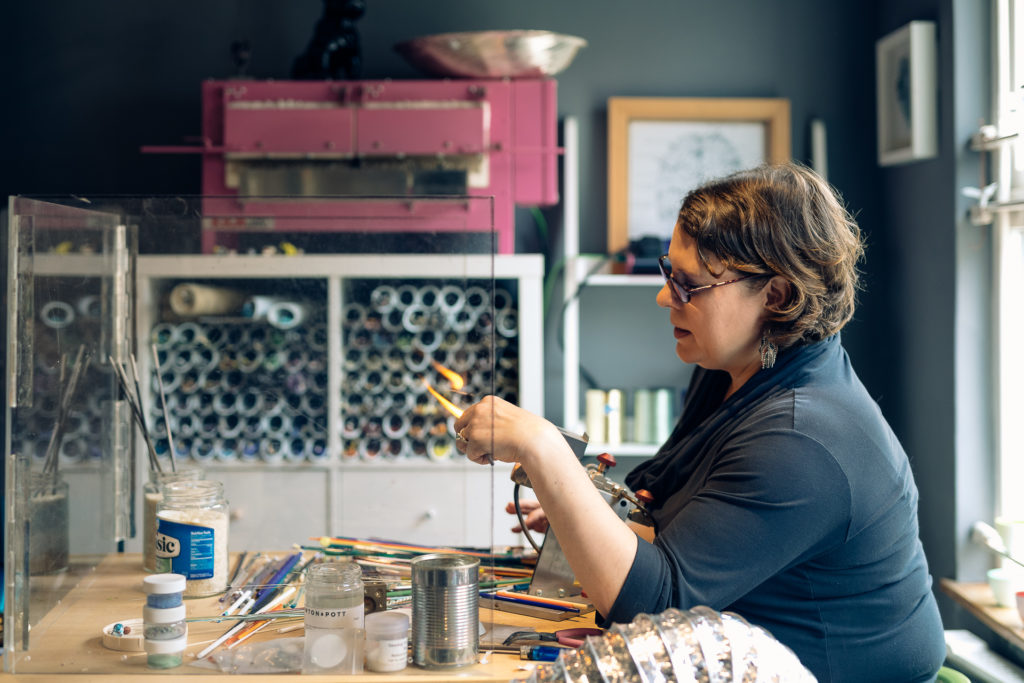 Pretty Shiny Shop is aptly named- an eclectic treasure trove of gifts, cards, and jewellery, it is filled to the brim with things to tempt your magpie sensibilities. 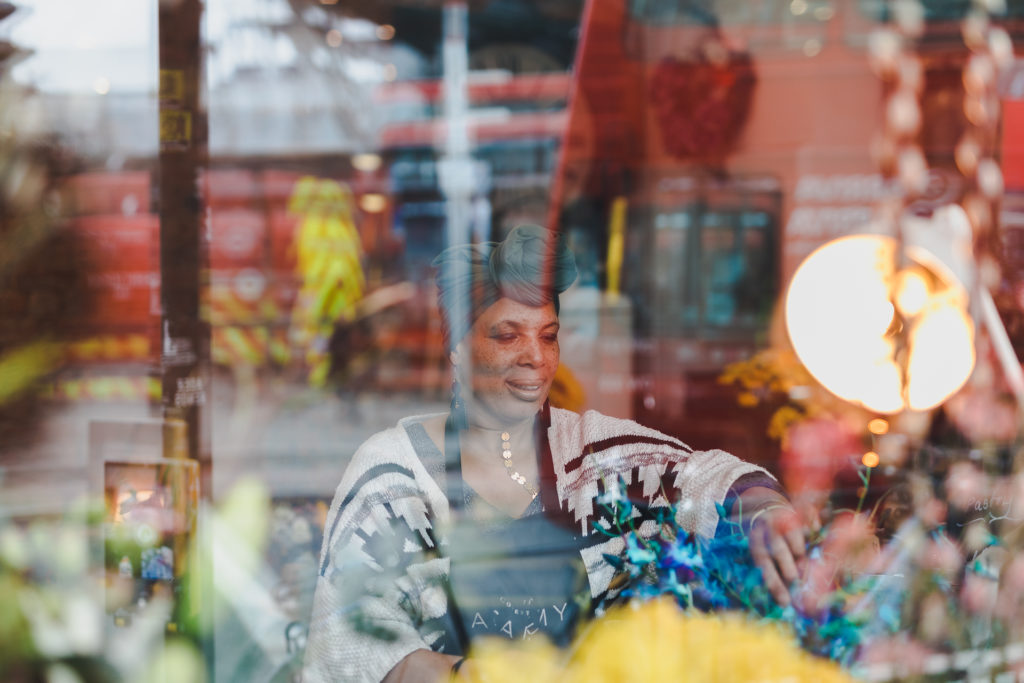 Mento is nestled just opposite Finsbury Park station, but bursting with vibrancy the moment you step through the door. We spoke to self-proclaimed Finbury-Parker, Sharon, over some Jamaican iced coffee. Part of our International Women’s Day 2019 series. 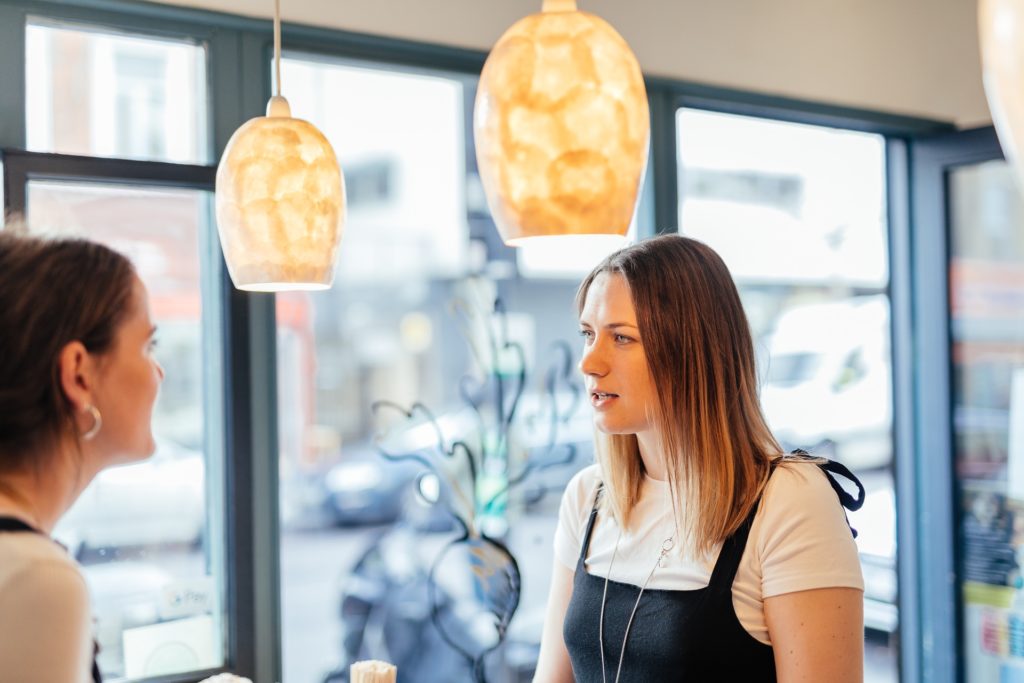 Women who run North London: Kat from Salt the Radish

Salt the Radish is a mere five minute walk from Finsbury Park station, but it’s the area’s own little slice of calm, cafe culture. We sat down for a chat with Salt the Radish’s owner, Kat. Part of our International Women’s Day 2019 series. 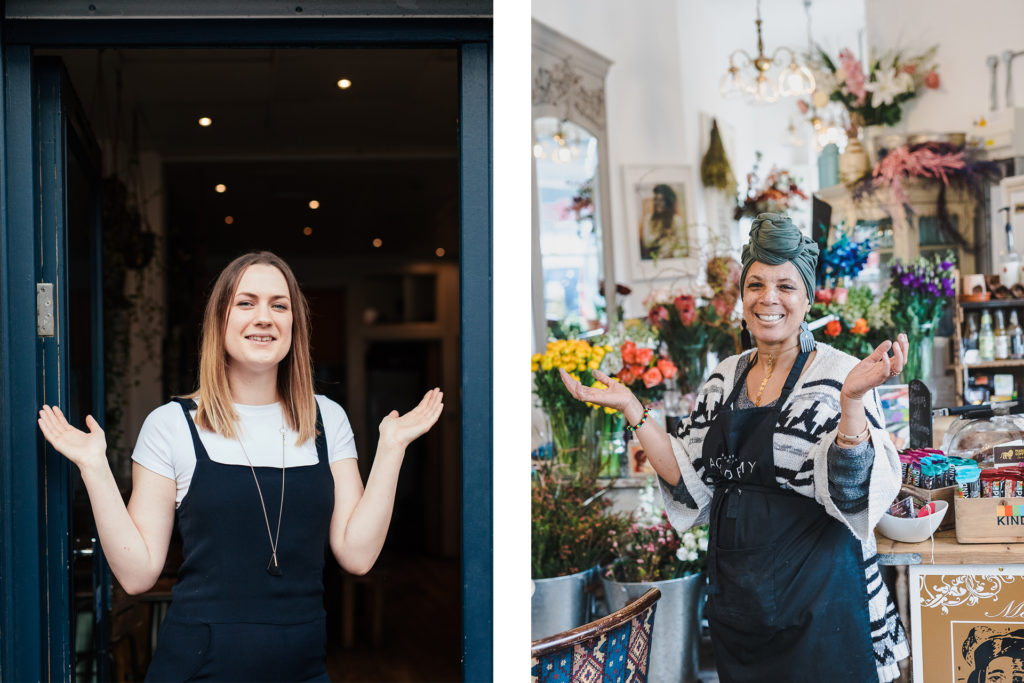 International Women’s Day has now been running since 1911, and this year’s theme is #BalanceForBetter. We thought this was a cracking opportunity to celebrate some of the incredible female-led businesses right on our doorstep.

By submitting your details you are consenting to Davies & Davies sending you their sales newsletter. You can request to have your data changed or removed at any time - please see our Privacy Policy.

By submitting your details you are consenting to Davies & Davies sending you their rentals newsletter. You can request to have your data changed or removed at any time - please see our Privacy Policy.