For Sale
For Rent
Book A Valuation

Women who run North London: Kat from Salt the Radish

"The money will come, the business will come, but it’s more important how you treat people."

In honour of International Women’s Day 2019 we’ve sat down with some of the amazing women running businesses in Finsbury Park and Stroud Green to talk about how they got started, if gender has impacted their experiences in the workplace and what advice they have for aspiring female business owners and leaders. Our “Women who run North London” series will feature these interviews, published across the next two weeks, debuting today with Kat, owner of Salt the Radish on Blackstock Road – a beautiful cafe and coffee house (not to mention home to some wonderful supper clubs).

Salt the Radish is a mere five minute walk from Finsbury Park station, but it’s the area’s own little slice of calm, cafe culture. Surrounded by greenery and some of the most colourful salads we’ve ever seen, we sat down for a chat with Salt the Radish’s owner, Kat. 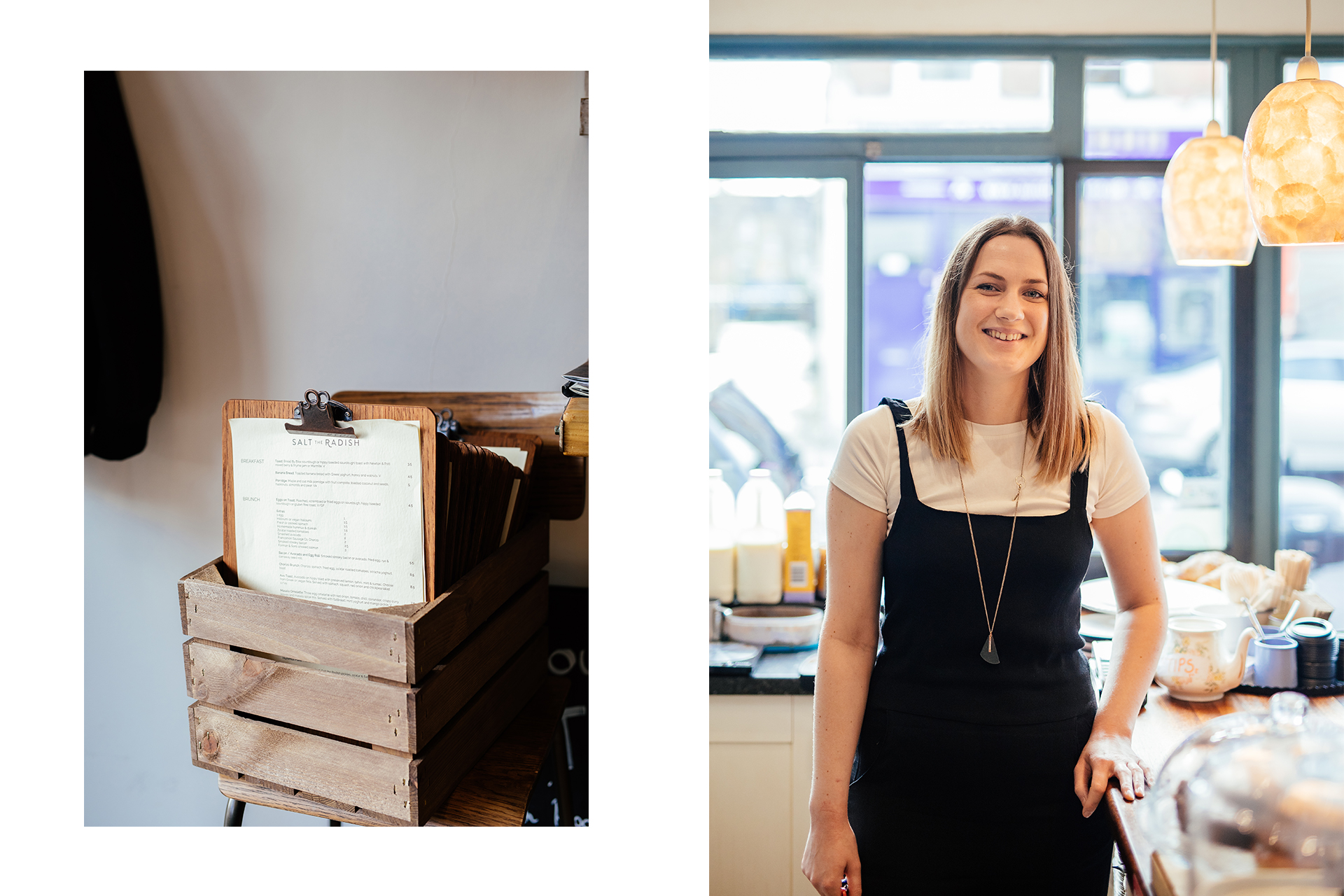 What made you want to start your own business?

I have always really been into food and cooking, but at school I didn’t know how you got into that without becoming a chef, and that just seemed to be something that I didn’t really want to do. I thought you had to work really late and it was just the kind of thing that people didn’t do where I was from (Wakefield, West Yorkshire). So I went into town planning instead – I enjoyed parts of it but I wasn’t really passionate about it. So when I was about 27 or 28 I decided I wasn’t going to do that anymore. I did a bit of traveling, knew I was going to do something in food, but then while I was travelling I lived in Melbourne and cafe culture’s really big out there. They’re cafes are of a really high standard and that was when it clicked, and I thought that’s what I want to do. So then I came back, and a mere 3 years later I had this place and we opened! 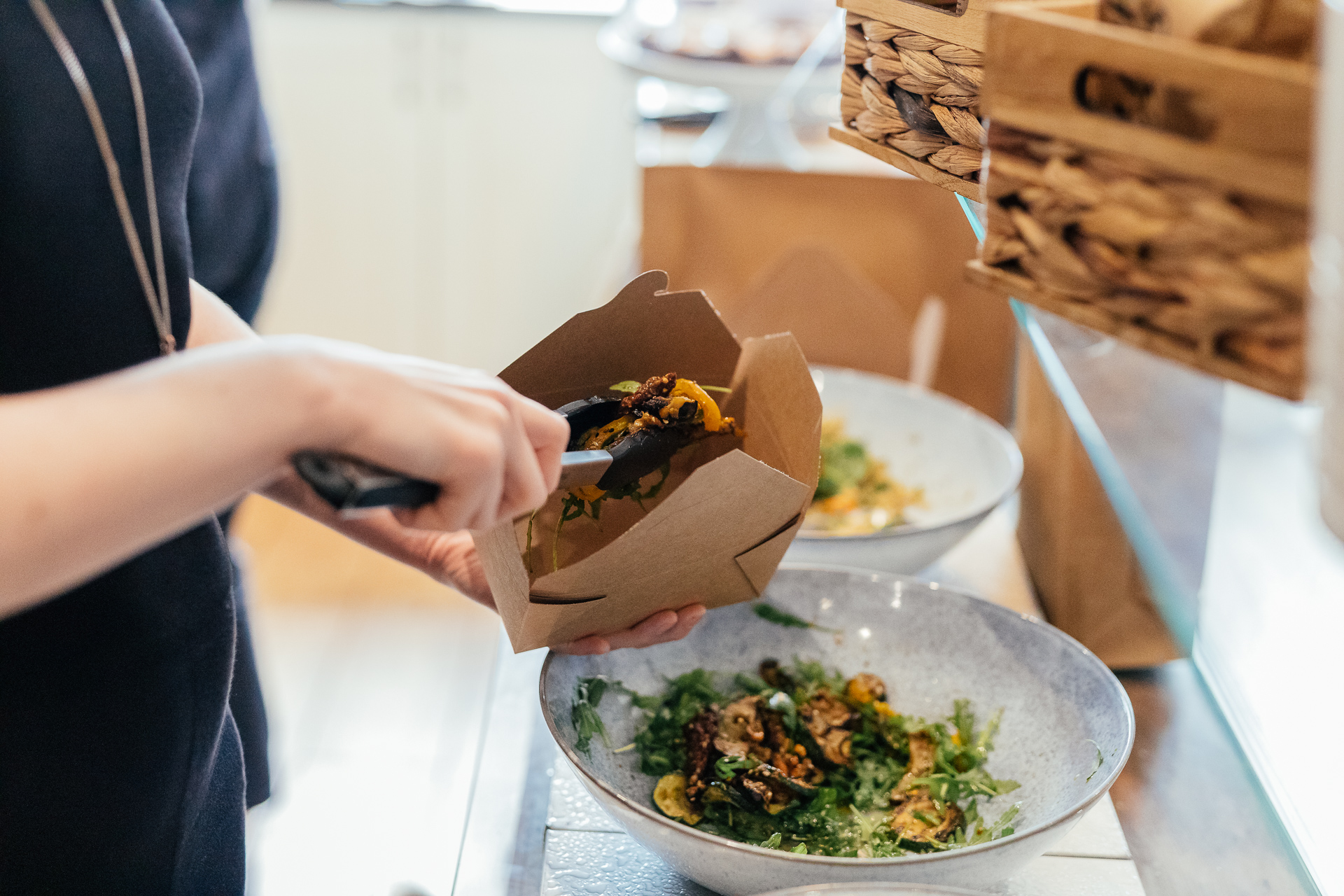 What made you choose the local area?

I didn’t really know much about London, but my brother lives in Finsbury Park, and he was just like “it’s a great area, up-and-coming” and then this place was available. I bought it from a couple and it was the woman’s dream to have this place, so I think it was a bit like handing over a baby for her.

Do you have a specific female icon or person who’s inspired you?

I’d like to mention Lara from the cafe up the road, Lara’s cafe; there’s a few people actually, generally everyone’s really welcoming, but she just picks her moments and comes in for a chat and usually she gives us all a really good pep talk.  Like if we’ve had a customer complaint, she tells you why it doesn’t matter. Just get on and be yourself. What you’re doing is great. She’s just a really good person and she’s full of really great advice. Yeah, she’s great. 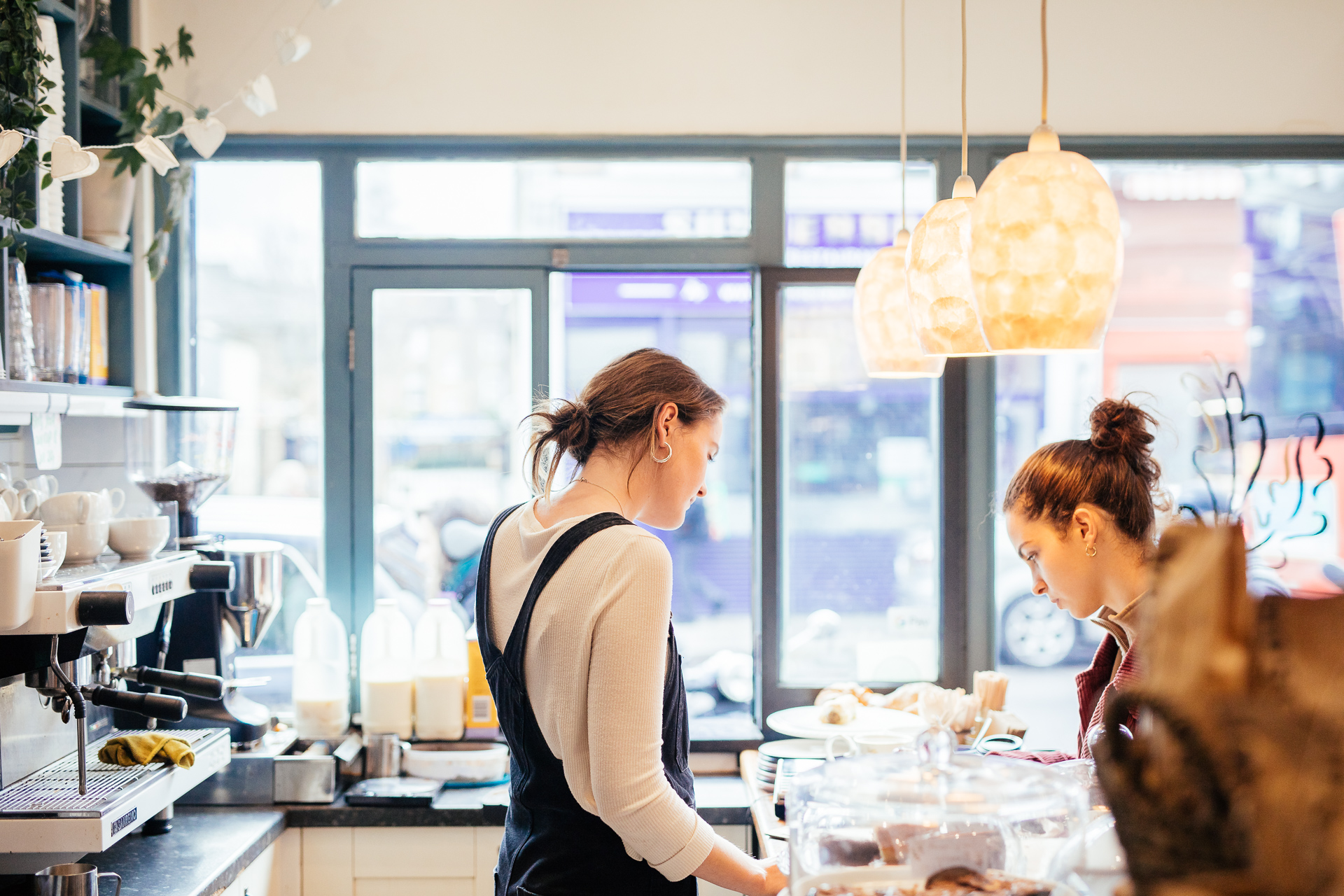 What’s the best piece of advice you’ve been given?

From my parents: they kind of just say get on with it, stop thinking about things and just do it. It’s a very Yorkshire way of looking at things. Just do it. Constantly you’re in a battle of belief, but when I first started this place, it wasn’t necessarily that I thought that I was going to be really successful, I just kind of had to put the doubts aside and just get on with it, or else I thought I’d just never do it. And I’d told so many people about it as well so I had to do it! 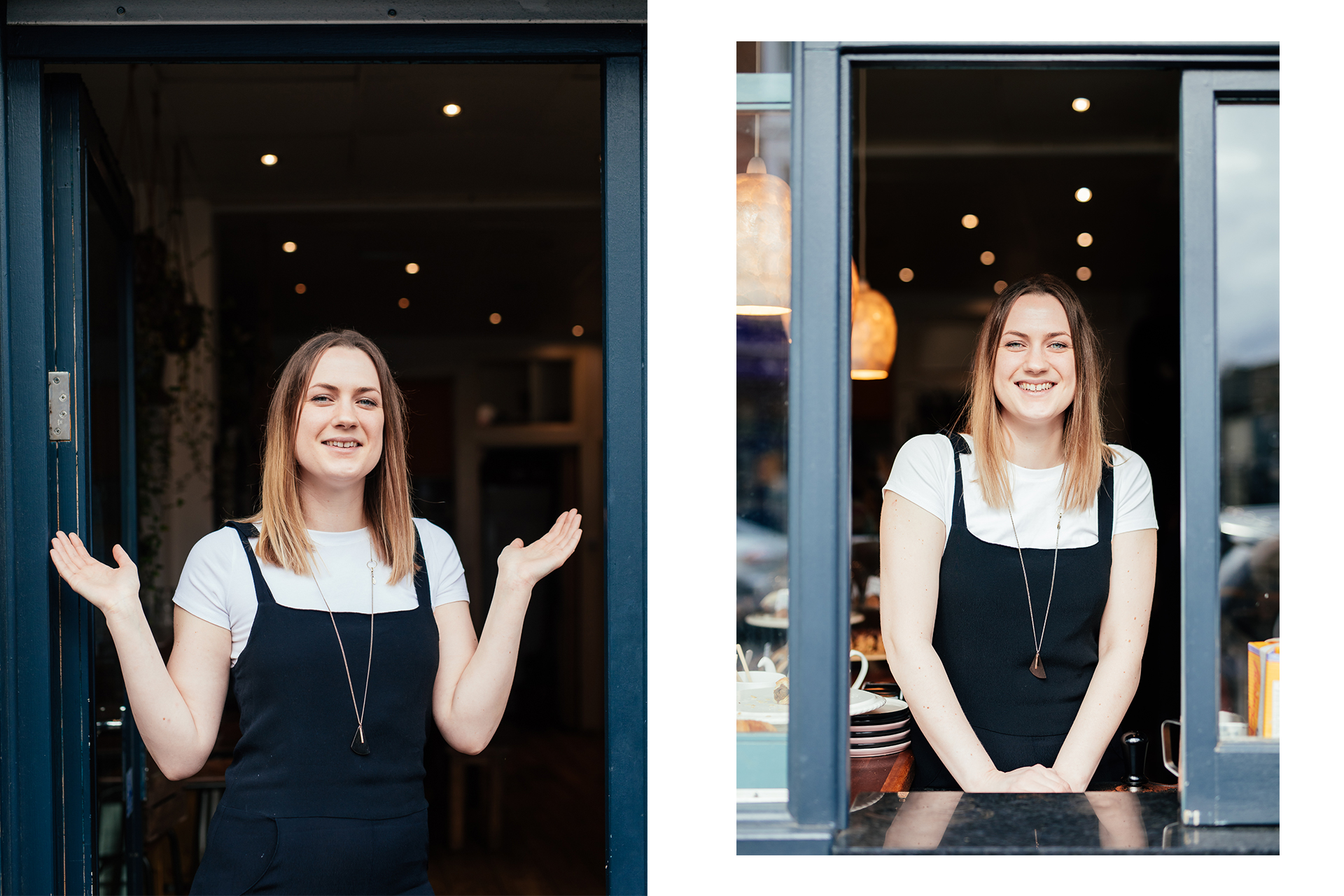 Do you think being a woman has shaped or impacted your experience of being in business?

So in a positive way, I think people like the vibe of this cafe; I think it’s very friendly and very welcoming, and it’s not really about business and making money – it’s about creating a nice environment, which I think maybe happens less in hospitality businesses run by men. But then negatively: we get treated differently. People don’t know how old I am – they think I’m just a young girl whose just been given a cafe, so I get treated differently because of that.

The theme of this year’s International Women’s Day is Balance for Better – what does the phrase mean to you?

I can’t really talk on an “International Woman’s Level” because I don’t really know enough about it, but I guess for women in business balance is about having a life outside of the business. Mental health issues are really important, making sure you’re balanced in yourself, because if you’re not well the business isn’t well. We’ve got 10 people who work here and one of them is a guy, so we’re 90% female, and all of us are really open about stuff like mental health and anxiety. Having a work environment that allows people to talk about that is really important. 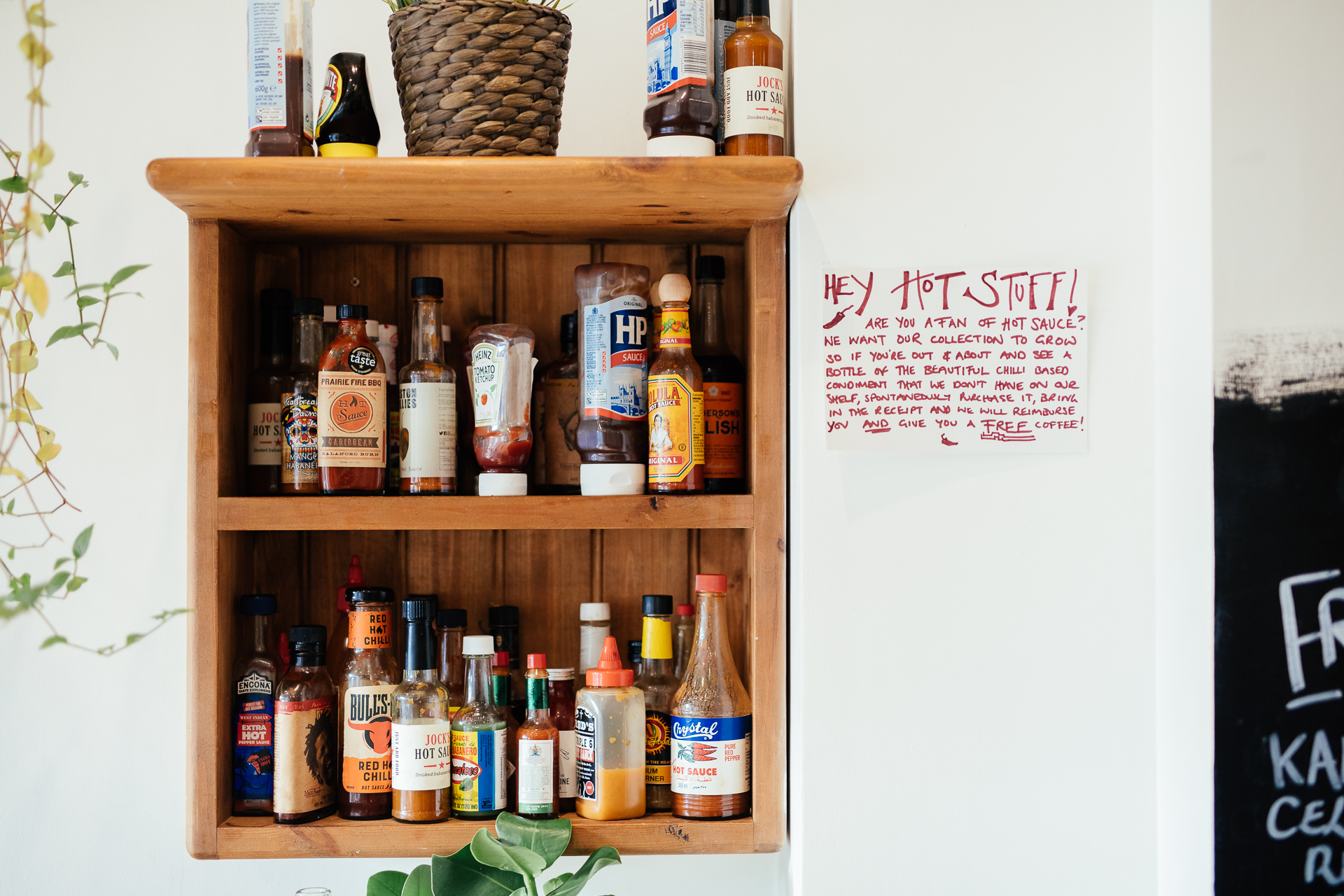 If you could give one piece of advice to a young woman who wanted to start her own business what would it be?

It would depend upon what kind of business it was, but I think one of the most important things for me is that if someone is dealing with the public it’s not about the service that you offer, it’s about how you treat people. That’s more important for me. If you are mindful and respectful to people and you treat them well then they will always come back. Customer service is the thing that will build the business. The money will come, the business will come, but it’s more important how you treat people. The relationship you have with your clients and customers is the basis of it.

Back to Useful Guides & Insights 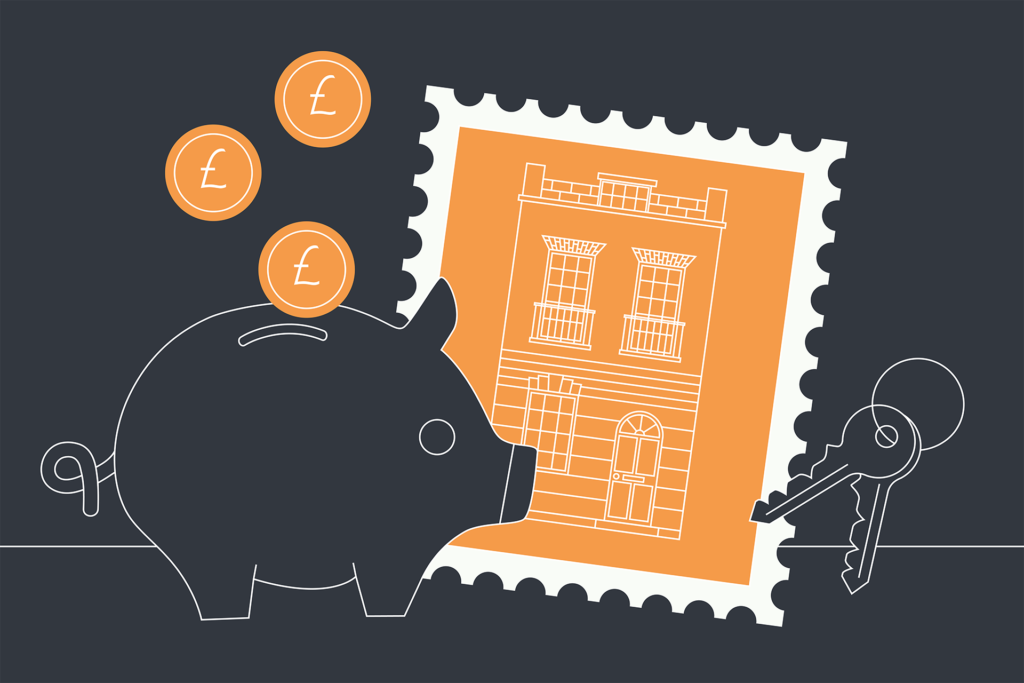 We’re All Going On A … Stamp Duty Holiday

Oh Marjorie. Stop slowly folding away your bikinis and shorts into sad little Kondo rolls, misery guts! You might not be going on your jollies this summer, but thanks to good ol’ Chancellor Sunak, our stamp duties are! For a whopping, sun filled extended nine month break. But what does that mean exactly? Shades on, for we are here to enlighten you friend. 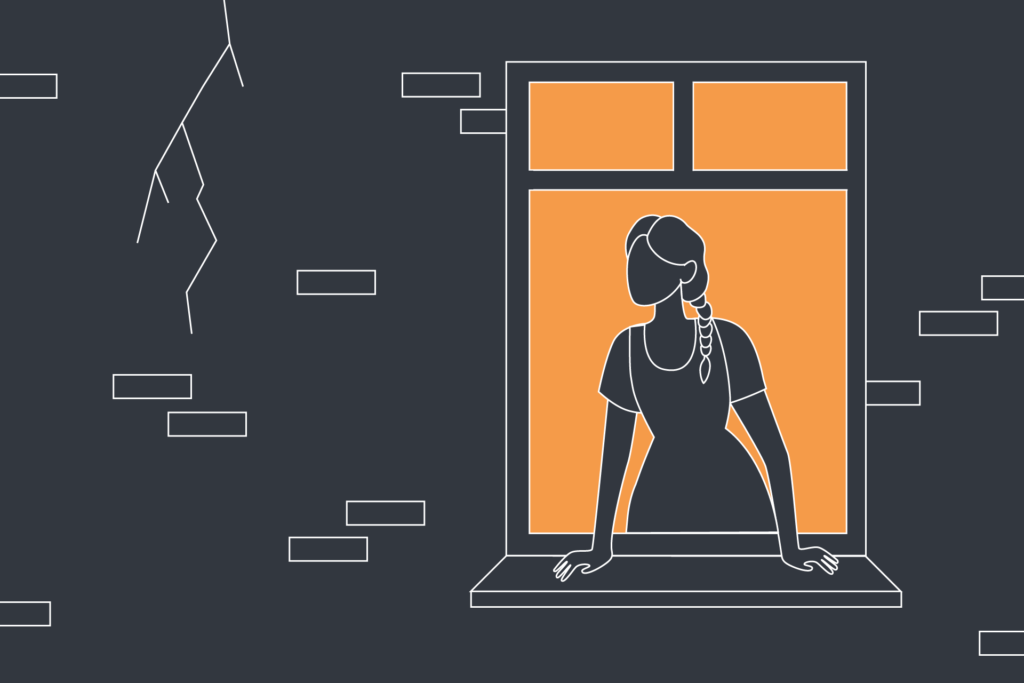 How to Be At One With Subsidence: A Guide to Letting It Slide

You might have come across the term while eyeing up the gorgeous period properties on our books, but in most cases you needn’t let it distract you from that pretty Victorian cornicing.
Subsidence crops up when the ground beneath a property shifts due to a combo of dry weather, clay soil and wandering tree roots. It sounds dramatic, and sometimes is (so we’d always advise you seek professional advice) but more often than not, it’s perfectly manageable. 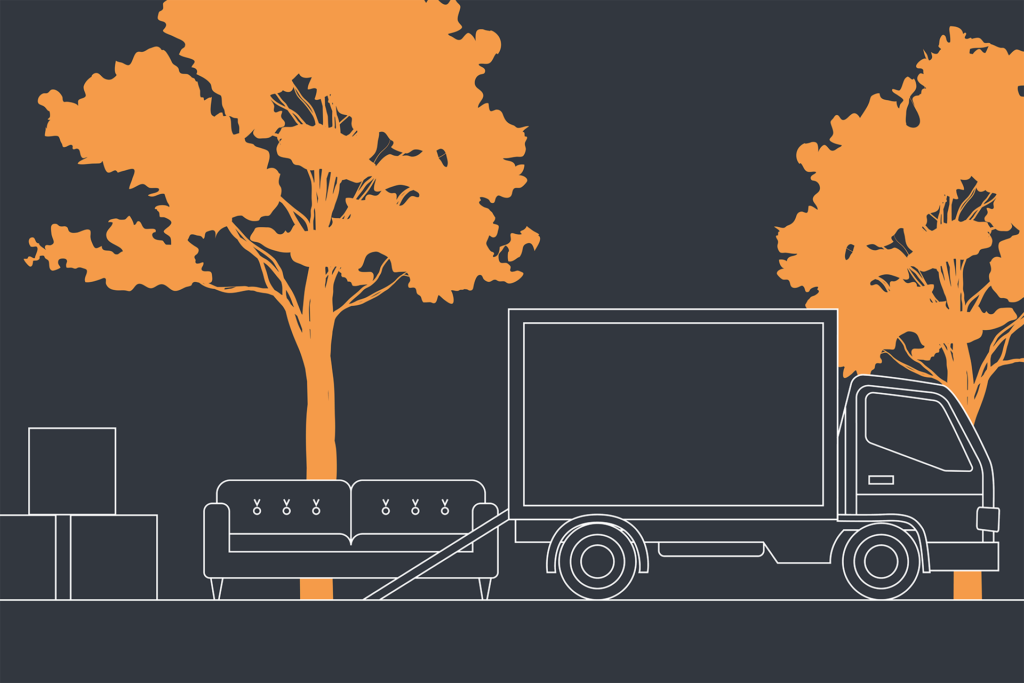 We don’t know about you, but every time we hear someone say they’re moving out, our eyes glaze over momentarily as we perform the full Billy Joel hit track with specialised choreography in our heads – complete with on stage breakdown (seriously, google Billy Joel meltdown and thank us later). We also simultaneously recite a lengthy and chronological to do list for said person who is, in fact, movin’ out.